Diaspora Studies: Past, Present and Promise

A special lecture and drinks to launch the Oxford Diasporas Programme, a University-wide initiative exploring migrants’ networks and experiences. 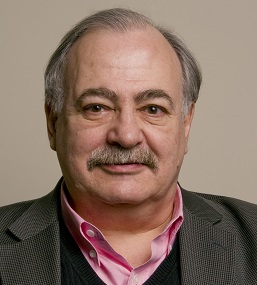 Khachig Tölölyan is Professor of English and Comparative Literature in the College of Letters at Wesleyan University in Connecticut. He has also held visiting professorships at the University of Michigan in Ann Arbor and The Johns Hopkins University.

Professor Tölölyan is founder and editor of Diaspora: A Journal of Transnational Studies. He is interested in the increasing level of migration and dispersion that brings new populations to the West and other relatively wealthy regions of the world, from Dubai to Moscow; how these dispersions become ethnic and diasporic; and how they reshape the culture and politics of the nations that host them as well as the nations they left. He has written on nationalism and diasporas, modern narrative and critical theory, Armenian studies and terrorism.

The child of Armenian refugees from Turkey, Tölölyan comes from a history of persecution. His parents fled Turkey to northern Syria, where Tölölyan was born. He continued to move with his family, first to Cairo, Egypt and then to Lebanon, Beirut, and finally, when he was 16 years old, to Watertown, Massachusetts. Despite having lived and worked in the US for the entirety of his adult life, Tölölyan keeps in close contact with the other scattered Armenian communities throughout the world.

Professor Tölölyan’s experiences attracted him to the study of diasporas. He has always had a healthy appreciation for national citizenship and for the support diasporic enclaves can extend to sustain their own. Having grown up with several languages and worked in various disciplines (molecular biology; marine biology; literature; history; political science; psychology), he knows something about transdisciplinarity and ‘multilocal’ perspective.

Professor Tölölyan was one of the first academics to understand that diasporas and transnationalism would matter in a lot of ways to a lot of people. This, combined with his desire to do something multidisciplinary, and his lifelong involvement in editing and in Armenian diasporic work, motivated him to take the entrepreneurial step of founding the journal Diaspora.